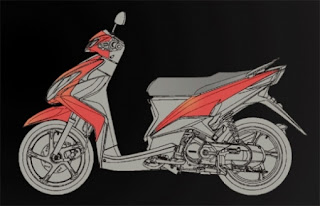 Automatic motorcycle is something familiar in our ears and eyes. Any time we can hear, see, touch, even we can feel it. This motorcycle is different to the other type of manuals motorcycle. Like differences in manual car and automatic car, the main difference is definitely on the technology without gears. This motorcycle type is very loved by young people. Although market target is actually for female, not a few of the men use this type of motor. In addition to practical and easy in usage, the chic models and designs is the reason they liked the automatic motorcycle. In the schools, offices, even in rural areas have very many users of this type. This shows that not only men and women are like, but in all ages and among crave this type of motor.


Mio as the outset generation of automatic motorcycle in Indonesia absolutely well aware to it's market. Until nowadays, public’s mindset for automatic motorcycle is Yamaha Mio. With all sorts of ways, of course Yamaha did not want her throne in motorcycle segment automatic coup by anyone. This segment is one of the Yamaha Indonesia’s flagship in motorcycle industry. Mio has always contributed to high sales of Yamaha. But lately due to lack of innovative Yamaha in this segment, Honda managed to harass Yamaha in automatic segment with competitive products. Yamaha needs to turn the brain to restore its dominance in the automatic segment.
Present era is the era of the EURO for the automotive world industrial. All automotive products, from cars to motorcycles must pass all standard of EURO. These standards set out to create environmentally friendly products. Injection technology has now been created as a replacement carburetor technology. This technology would be made to meet the EURO standards. Carburetors are considered wasteful, care quite difficult, and less environmentally friendly, will soon be replaced with a more efficient injection systems, easy maintenance, and certainly very environmental friendly. Both these systems are very different, from either of the system to the workings. A digital injection System, will greatly simplify the treatment regimen compared to a carburetor system. The motorcycle manufacturer has been applying this system on some variants of the product. There are at least five variants that have used the injection system.  In automatic segment, Honda has applied to the several products. But Yamaha just will take the new square off to release products powered injection system.


As the motorcycle industry, Yamaha would not miss with injection technology. After the success of these technologies on the Vixion, Yamaha will apply this system in his new matic motorcycle products. Automatic motorcycle that had been considered wasteful in Fuel consumption, would be more effective when using injection systems. Motorcycle that considered named Mio J is in addition to carrying the injection technology is also evolving in terms of shape. Although using the name Mio, this new product is its shape is very different from the previous generation of Mio. Apart from the form, Mio J will also be presenting with 12 color options. With many color choices will be formed mindset that matic motorcycle suitable for all walks of life. With the advent of Mio J is expected to get back dominance in the matic motorcycle segment. Can Mio J bear this heavy burden?
Regards, 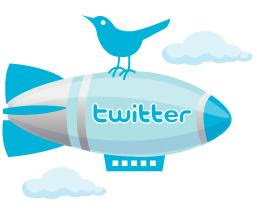